The Boys Basketball team (6-3, 2-1) picked up a really big Circle City Conference win at home last night, defeating Bishop Chatard HS (7-2, 1-1) 84-61.  The win kicks off a 3-game CCC stretch for Covenant.  CCHS will host Heritage Christian on Saturday, and then will travel to Guerin Catholic HS next Friday.  The Warriors’ 2-1 conference record puts them in a good spot in the CCC standings.  Currently, GCHS is 2-0 in conference, followed by Brebeuf at 1-0.

The Warriors had another big first quarter, shooting the ball well early, as they outscored the Trojans 27-13 in the first eight minutes.  Senior Noah Hedrick had 16 of his 19 points in the first quarter, hitting four 3-pointers in the opening frame.  Hedrick’s shooting trickled over the entire CCHS roster, as the Warriors went 27-for-50, including 14 3-pointers and 16-for-20 from the foul line on the night.  Junior Trey Flatt also had one of his stronger games of the season, knocking down 18 points.  Senior Ethan Maudlin led Covenant with 6 assists, while Senior Cam Shurig made his season debut with 6 points, 7 rebounds, and 3 assists.  Sophomore Brock Buckley had his best offensive output of the season with 12 points, while Junior B.J. Lomax chipped in 10.  Senior Patrick Mastrian led Chatard with 19 points.

Chatard made a strong run in the third quarter, as they trimmed the Warriors’ lead from the 17 point lead at halftime, which was 20 points at different times, down to 11 midway through the third quarter.  But CCHS pushed it back out to 14 by the end of the third, and then outscored the Trojans 22-13 in the fourth.  Covenant did a masterful job of taking care of the ball, especially late in the game as the Trojans tried to trap and pressure defensively to fight back.  CCHS only turned the ball over seven times in the game. 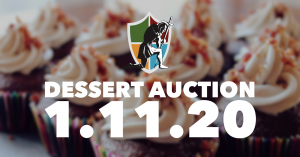 The games on Saturday versus Heritage Christian (5-6, 0-2) are a F/JV/V tripleheader scheduled for 4:30/6:00/7:30pm.  The varsity game will be webcast on Indiana SRN.  The Warriors Athletic Booster Club will be holding their annual Dessert Auction throughout the games on Saturday.  Come ready to bid on your favorite treats, whether they be an entire cake or pie, or a single serving, and support Covenant Athletics.